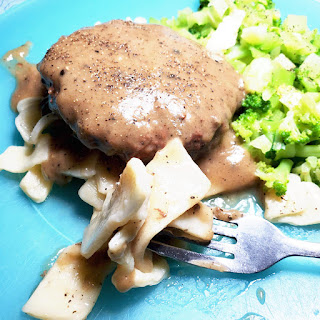 After having secured Grandma' Chicken and Dumplings recipe by trial and error, it was requested to take grandma's dumplings and cook them as noodles and cover with brown gravy.  So I did.

Modifications Made:
Dumpling recipe was followed as instructed and boiled in heavily salted water until done.

Scaled for Likability:  Great
Dumplings are just good food.  They are soul comfort food when loaded down in chicken and dumplings or covered with brown gravy.  This table even went so far as to state the meat could be left out and just dumplings, gravy, and a veggie could be served.  Hmm, wonder if they would be good as just plain buttered noodles???