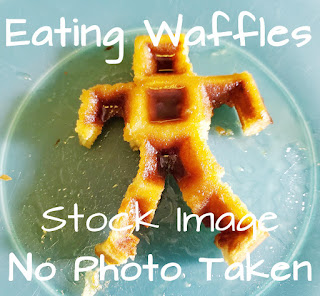 Modifications Made:
Using the leftover chicken stock from yesterday, three large Russet potatoes were diced, cooked until almost fork tender, and set aside.  Chicken stock cooked potatoes will add a deep layer of flavor to this simple dish.

Ranch Dressing:  Not having nor not wanting to purchase ranch dressing for a quarter cup usage, I made my own modified version using Ranch Seasoning instructions.

To a large bowl, half stick of melted butter, one cup of cool chicken broth, four ounces of sour cream, and ranch dressing seasonings were whisked together.  Cooked potatoes and diced chicken was added and entire bowl was poured into greased 9x12 casserole pan.  Again, since everything was precooked, casserole was cooked until just bubbly.

Scaled for Likability: No, Thank You
What a bust.  The dish was dry and tasteless.  Not one to use cream of anything, this dish could have benefited from a cream of mushroom, a can of rotel, or some combination of both.  Ranch dressing was undetectable, the chicken tough because the casserole was dry, and the potatoes bland.  Can't image what the followed as written results would have been as my version had added butter and stock, stock cooked potatoes not plain oven baked potatoes, and pre-cooked chicken instead of raw.