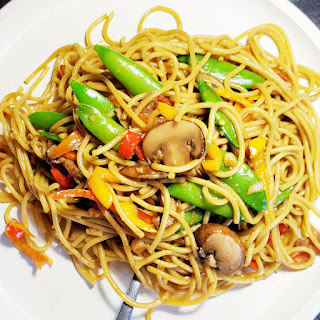 Stress eating.  Times are hard right now and all anybody at this table wants is junk food, fast food, and sugar.  Until three weeks ago, I would have considered this table to be fairly healthy eaters.  Fast food three to four times a week, junk foods every other month or so, and sought out sugar (ice cream, brownies, candy bars) once a week or so.  Who knew eating would be hard during a pandemic?

Who knew kicking these bad habits would be so hard?  Junk food (frozen pizzas, pot pies, hot dogs from the convenience store) as it turns out were the easiest.  These were back up, spur of the moment meals.  Not something anyone really wanted but it filled a void.  Fast food is more of a routine than a true desire.  It is an hour away from the house where a meal can be had and enjoyed in the company of family and friends with no cooking, no dishes, no demands.  Sugar, on the other hand should be classified as the new crack, the new heroine, the new legal drug of choice.  Sugar as it turns out, is in EVERYTHING.  Bread, tomato sauce, canned veggies, sliced lunch meat, boxed mac and cheese.

Trying to find something to eat that sounds appealing to the mental stomach is harder than finding something that is appealing to the actual stomach.  Mental is so much more demanding and challenging than physical.  Lacking the desire for any food, meals seem to revolve around the easiest to cook instead of creative.  For example Easy Lo Mein.  With a name like that and a short cooking time from start to finish, dinner was decided.

Modifications Made:
Ingredients: Pasta was doubled.  Baby bella mushrooms and sugar snap peas are both sold in 8oz containers.  Large bell peppers could not be found but mini tri-colored peppers could.  Spinach was omitted.

Modifications Made:
Sauce: If I have learned anything from this particular challenge when cooking Asian foods, it is to pay close attention to the sauce quantities.  This table seems to prefer the dish to be swimming in sauce and most recipes result in just a hint of sauce.  Therefore, sauce contents with exception to the Sriracha were tripled.  Two heaping teaspoons of garlic and a large handful of green onions were added.

Scaled for Likability: Great
Of all my new found recipes sites discovered, this one holds true time and time again.  Easy Lo Mein was everything the recipe stated it would be.  By the time the noodles were done cooking, all the veggies were cooked and the sauce was at the ready.  Once mixed, the lo mein was saucy with the correct amount of sugar to heat ratio, the noodles were adequately covered in sauce, and the veggies were bold, crispy, and independently flavorful.  Unlike fried rice, lo mein can be made with fresh pasta or left over pasta with the same results.  Good food for the mind and the stomach!